Henk Schouten: Pioneer and innovator since 1990

Schouten: at home in plant-based food for over 30 years

In the beginning, Henk Schouten started developing products based on plant-based proteins. Now, more than 30 years later, Schouten is a major multinational company supplying plant-based products to more than 50 countries – in the retail, out-of-home and food industries. We continue to inspire customers every day with our plant-based knowledge and experience. We are proud to share our rich history and our vision of the future with you. 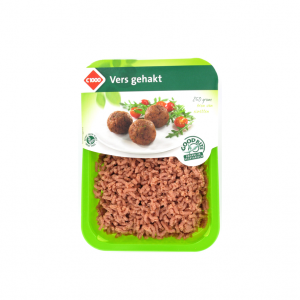 At the end of the 1980s, visionary Henk Schouten was already looking into meat substitutes made from plant-based proteins. As an importer of cattle feeders and an experienced expert in cattle feed conversion, he had already been pondering for some time whether it would be more efficient to eliminate the cow as an intermediary between plants and humans.

With tofu as the only real plant-based alternative in the supermarket at that time, Henk Schouten recognised a real commercial opportunity. At the same time, he hoped to contribute to a better world for people, animals and the environment.

In 1990, Henk took an important step: he founded Schouten Europe. He got his first products onto grocery shelves with the brand GoodBite, which was available at C1000 stores. He also entered a licensing agreement with producer Vivera: Schouten provided the knowledge and Vivera took care of production.
“Within one year, meat substitutes will account for 10% of the meat market,” Henk once predicted to a friend, but the market grew slowly. Nevertheless, he stuck to his vision and remained committed to the transition from animal to plant-based protein.

Take a look at our plant-based products

Following the 2015 climate conference in Paris, the category of meat substitutes took off. More people recognised the need for reduced meat consumption and a more sustainable diet. The number of suppliers also increased. Schouten Europe grew as well. At the start of the 2020s, the total market for meat substitutes already accounts for 4% of total meat sales.

Today, Schouten focuses on innovation. Based on their strong interest in and passion for new ingredients and technologies, our dedicated development team creates exciting and delicious plant-based products.

For production, Schouten always works together with a broad network of specialised partners (co-manufacturers). They produce our premium quality products according to the highest standards.

Get to know our customization options

Curious how you can benefit from our advantage in plant-based? Feel free to contact us for an enlightening conversation. We will contact you as soon as possible, but no later than within two working days. You can also email Rhodé directly at: rhode.meijers@schoutenfood.com.

What do our clients say?

You can get in touch directly with one of our commercial employees using the form below. We want to work together with you about how we can make your ideas a success, without any obligation. We will contact you as soon as possible, but no later than within two working days.