Schouten is scouting the Indian market

1.3 billion people live in India, 30% of whom are vegetarian due to their religious beliefs and the cost of meat. Because there are so many vegetarians, lots of Indians struggle with a protein deficiency. This is why Henk Schouten, director and owner of Schouten, launched his India Project.

Based in the city of Ahmedabad, Henk is working on setting up the production and supply of a range of vegetarian products. Three months ago, Henk travelled to India with Schouten intern Gijs Appels to carry out market research on Indian consumers. As well as aiming to turn a profit, the project also supports charity.

In India Henk and Gijs are working from the company Schouten Aahaar. A taste test was carried out to research what the target group’s expectations were. Did they want mock meat, or an alternative protein source whose texture isn’t meaty? The recipes are developed in the Netherlands and are being produced in a factory in India.

The Indian market isn’t an easy one to break into. Schouten likes the idea of this challenge – after all, if we can make it in India, we can make it anywhere! Henk and Gijs are planning to start small. The market research test products were well received by the target group.  The products are now being supplied to small, local chains, including fast food chains. If this is successful, we will then expand to larger chains.

Gijs Appels on his experience in India:

“Doing business in India is a little more relaxed than it is in the Netherlands. Here, you go and drink tea together before getting down to business. When doing consumer research, Henk and I had to really get stuck in ourselves. We had to produce all the test products ourselves on a small scale in India. It was really cool seeing how the people from India reacted when Henk just went ahead and got involved in making the products in the factory. They’re not used to seeing managers helping out in the factory, let alone CEOs. It shows a lot about the Dutch mentality!”

The government provides school meals at state schools in India, but these meals are not high in protein. Because of this, a lot of Indian children aren’t getting enough protein. For this reason, Henk has also chosen to produce tempeh in India to supplement these school meals, which are known as Midday Meals, for the children. Tempeh is a very healthy product which is high in protein, and yet inexpensive. This makes it the perfect product for Midday Meals.

If you’d like to know more about Schouten Aahaar, or about our products, we’d love to tell you more!

Tempeh Mince is the latest product of Schouten. The completely vegetable minced meat is made partly from by-products from one of Schouten’s production facilities.

Schouten Europe is introducing 100% plant-based fish sticks this month.
The fish sticks are the second fish replacement for the Giessen family business after the introduction of its plant-based tuna earlier this year.

This month, Schouten is introducing plant-based chicken and beef pieces that should contribute worldwide to the transition to a food system that relies more on plants than on animals.

Schouten calls on the European Commission and the EU member states to reject amendment 171 and to put a halt to plant-based dairy censorship. 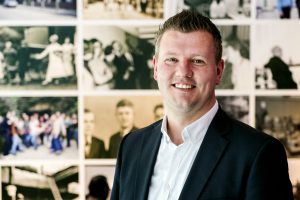 Sign up for our bi-monthly newsletter and receive exclusive market insights, global innovations and developments.